Posted on February 16, 2012 by travelbynatasha 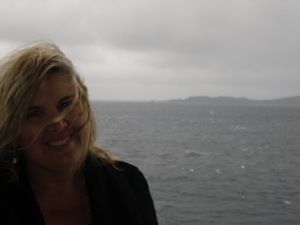 Snow birds may head to Florida, but why not South America during our winter when the southern hemisphere is enjoying its summer?  Ever been to Disney World in January or February and seen all the groups of Brazilian and Argentinian teens?  They are on their summer break.

I had never been to South America until January of 2011 when we visited Argentina, Uruguay, and Chile via cruise ship.  We enjoyed breathtaking scenery, partied with the penguins, and (almost) sailed around Cape Horn. 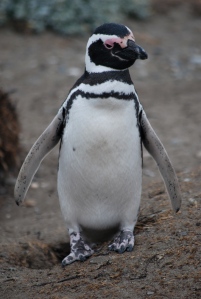 At a Chilean rookery
@Jean Janssen

It all started with a Tango in Buenos Aires where we spent five days before boarding the ship.

I am a retired attorney who loves to travel. Several years ago I began working on a Century Club membership achieved by traveling to 100 "foreign" countries. Today, at 49 years of age the count is at 82. Many were visited on land based trips. Some were cruise ports. Some were dive sites. Most have been fascinating.
View all posts by travelbynatasha →
This entry was posted in cruises, international and tagged penguin, tango. Bookmark the permalink.