Posted on December 5, 2017 by travelbynatasha

Today is my full-day excursion out of London.  I’ll need to be back for dinner with Steve at Rules in Covent Garden near our hotel.  Originally I was going to visit Buckingham Palace which is just about to close for the season with the Queen’s return from Balmoral. However, when the Highclere Castle visit opened up I jumped at the chance since it has been impossible to get in on my last several visits to London.  I will have to save the palace for another visit. 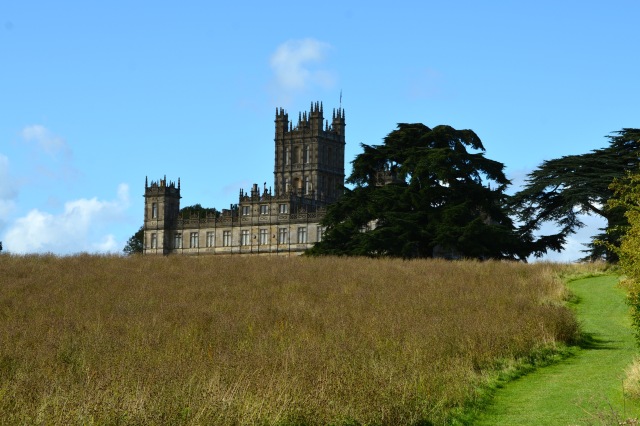 Photo ©Jean Janssen. View of Highclere Castle from the gardens in fall.

We are departing from the Victoria Coach Station, not to be confused with the underground or train station.  Since I am in the boot, they recommended I take a cab over and I was glad I did because the station was not in the same place as where my Harry Potter bus tour left from last summer.  They are all in the same general area, but it is easy to go to the wrong place, lots of people did.  Some arrived late and really flustered; not the way to start your day.  One guest had to make her own way to the first stop on the tour and join us there.

We have a small group today.  I learned that they are about to start filming a Downton Abbey movie and Highclere Castle was set to be closed to tourists.  However, filming was delayed one week so they decided to open up for a few extra days.  I just got lucky in spotting the offering.  Our guide said there are usually 60+ people on a double decker bus headed out there (and that is just one tour group).  Today we are on a regular bus with just over 20 people. 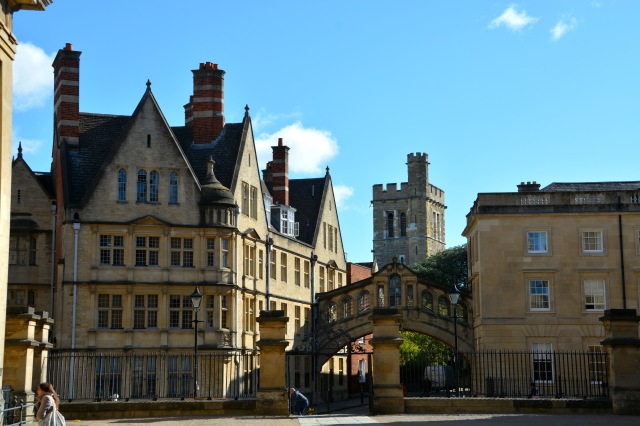 Our first stop is the only one that is not Downton Abbey-related.  We are stopping in Oxford.  I have never been and am exciting about seeing the architecture.  I also watch a BBC show set there, Endeavor, so it will be a fun way to start the day.  We had a comfort stop in the city museum and then our guide gave us a very brief walking tour of the city.  I enjoyed seeing all the colleges and the historic buildings. 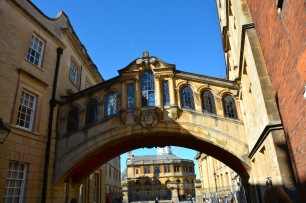 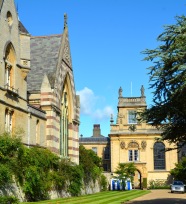 This is also the place we grab lunch.  The husband of one of the guests had taken her wallet out of her bag to get some cash before she left and had forgot to replace it.  She only let me buy her a drink.  Fortunately, her husband is picking her up at the bus station or I am not sure how she would have gotten back to her hotel. 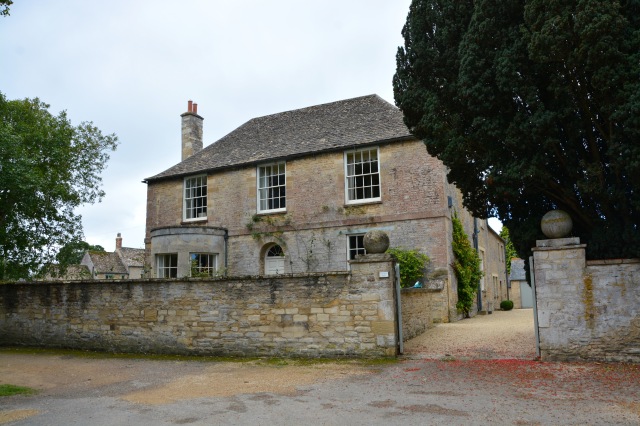 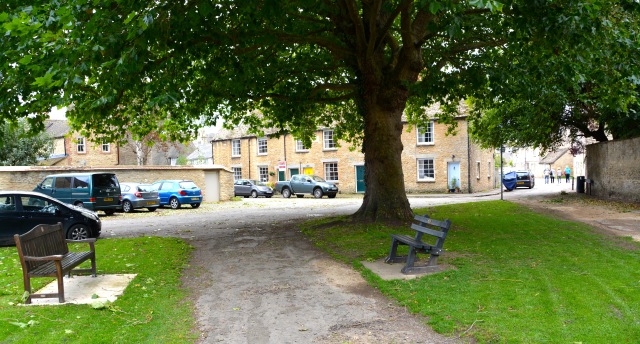 Next we are off to Bampton Village which served as Downton Village for the television show.  The iconic church, church yard, Crowley House, and hospital are all right there next to the square.  The “hospital” is actually the community library and vestry and has a small gift shop in it.  We also toured inside the church where the wedding (and Edith’s almost wedding) were filmed.  It all looked pretty normal the day we were there.   Only thing we spotted were a few divots where film equipment or sets had previously been placed.

Photo ©Jean Janssen Bampton Village Library and Vestry which serves as the hospital facade in the Downton Abbey series. 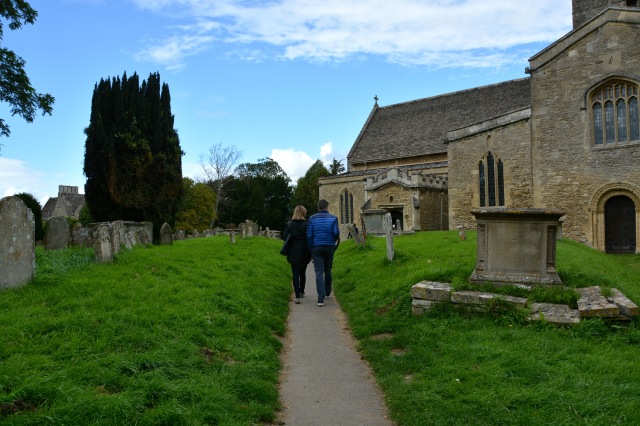 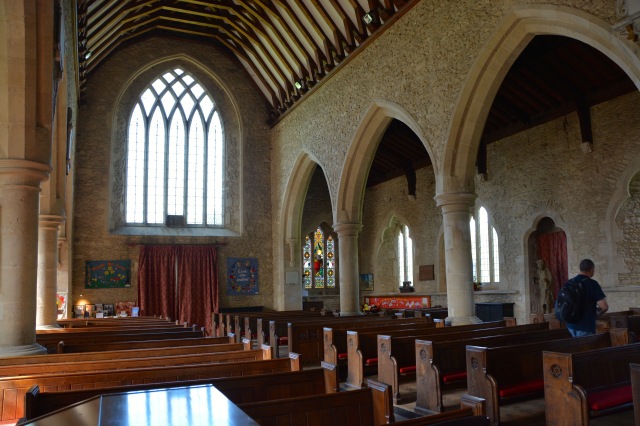 Leaving Bampton Village, we are headed to Highclere Castle in Newbury, Hampshire, England, the stately home of the Crowley family in the television series Downton Abbey.  The series author is Julian Fellows a friend of the 8th Earl of Carnarvon, the owner of Highclere.  When the owner was in financial trouble and in danger of losing the property, Fellows suggested setting the series there and giving up filming rights to provide a funding stream to save the castle.  It has been successful.  With a steady stream of visitors, money is being putting back in to preserve and restore the castle.

Photo ©Jean Janssen. This landing strip is so close to the road that there is a traffic light to halt traffic during a landing or take off.

In route, we saw something I had never seen.  There was a stop light in the roadway to hold traffic when planes from the near military airfield were landing or taking off. 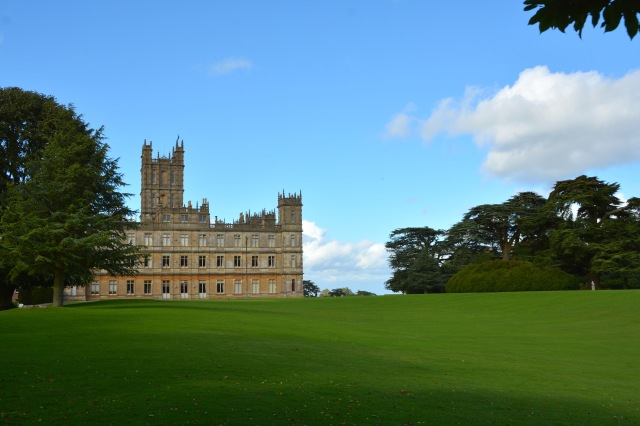 We visited the castle in the late afternoon.  It will be closing for the season today.  We first toured the interior (no photos allowed), then had tea in the downstairs tea room, and finally toured the grounds.  There is a very nice gift shop on property.

The castle has an older main entrance from an earlier era that is still standing and can be seen from the back side when you tour near the gift shop.  Inside, there are two main staircases.  Most of the rooms are used during filming.  However, scenes shot in Lady Mary’s bedroom or below stairs are filmed in a studio due to the ceiling height in the castle which can not accommodate all the necessary equipment.  There are some additional rooms in the castle which are never seen on the show. 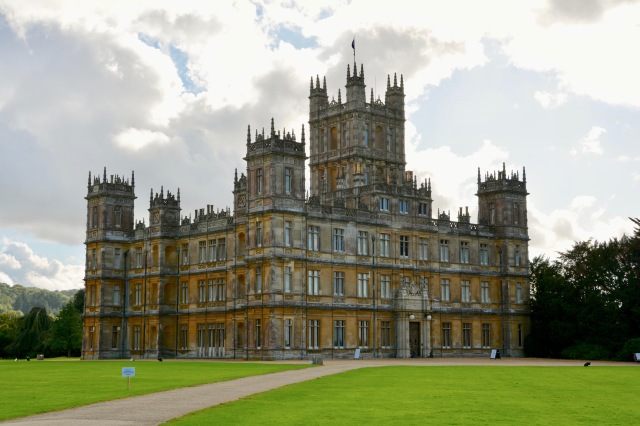 Photo ©Jean Janssen.  Jawdaws Castle sits on the grounds of Highclere Castle. The view from this folly, built in 1743 by Robert Herbert, is of the main house.  Robert was the uncle of Henry Herbert who became the first Earl of Carnarvon in 1793.

The interior furnishings are a little shabby, showing the effects of the financial problems the property had previously been experiencing.   The castle furniture is the same that is used during filming.  The thing that stuck me is how the rooms are exactly the same as how they appear on screen, but the actual spaces are a lot smaller.  The magic of film is that it makes everything seem so much bigger.

Photo ©Jean Janssen. In the gardens at Highclere Castle. 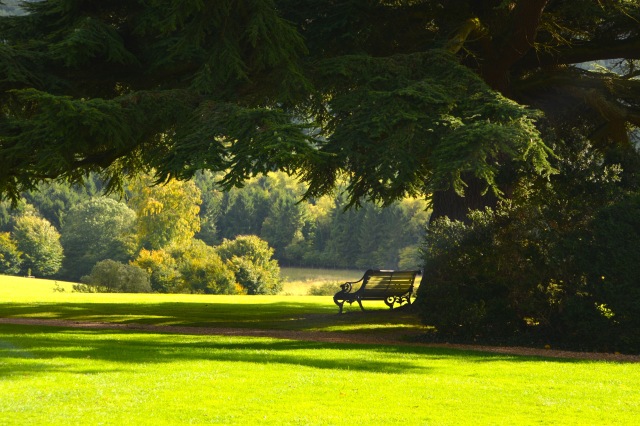 Photo ©Jean Janssen. On the grounds at Highclere Castle.

The grounds were lovely and some of the flowers were still in bloom.  For a while I just sat on a bench and enjoyed a view of the castle.  When we were getting close to time to depart I took a comfort stop and realized I was actually the last guest to leave the grounds for the season.

Natasha, the last guest to exit Highclere Castle for the season.

Traffic into London was horrible and I was late to meet Boris at Rules in Covent Garden for dinner.  I had to get off the bus, then take the Tube, and then navigate around Covent Garden in the dark to find the restaurant.  I changed for dinner in the restaurant bathroom. Rules was established in 1798 and is the oldest restaurant in London.  The food is traditionally British and is as outstanding as the setting.  The menu changes seasonally and includes a lot of game.  A nice British family sat next to us, enjoying the mum’s birthday dinner. 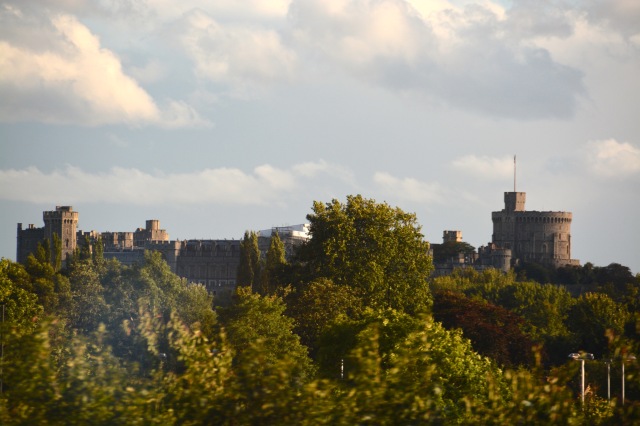 Photo ©Jean Janssen. Heading back into London we had a view of Windsor Castle.

I had urged Boris to push the reservation back, but he didn’t.  Once he got over the late start to our evening, we both had a wonderful time.  The choice of Rules was in keeping with the theme for the day; scenes from Downton Abbey were shot at the restaurant.  Since the restaurant is close to our hotel, we were able to walk back after dinner. 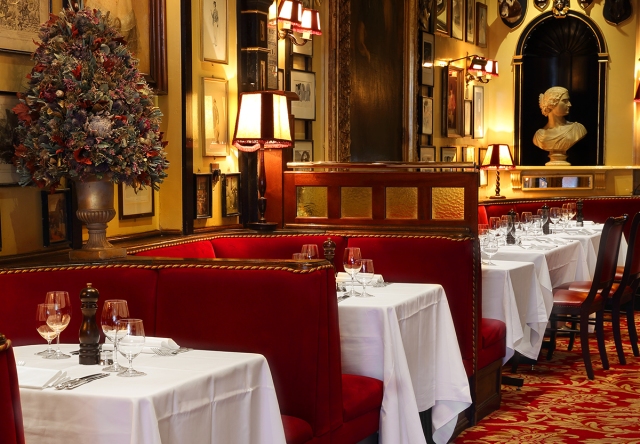 Rules interior. We sat at the two-top next to the booth.

Tomorrow will be an early start to our weekend.  We are taking the Eurostar to Belgium.

I am a retired attorney who loves to travel. Several years ago I began working on a Century Club membership achieved by traveling to 100 "foreign" countries. Today, at 49 years of age the count is at 82. Many were visited on land based trips. Some were cruise ports. Some were dive sites. Most have been fascinating.
View all posts by travelbynatasha →
This entry was posted in international and tagged Bampton Village, Downton Abbey, Highclere Castle, London, Oxford, Rules. Bookmark the permalink.